The Ugly Truth About Self-Publishing: Nobody Wants To Read Your Book 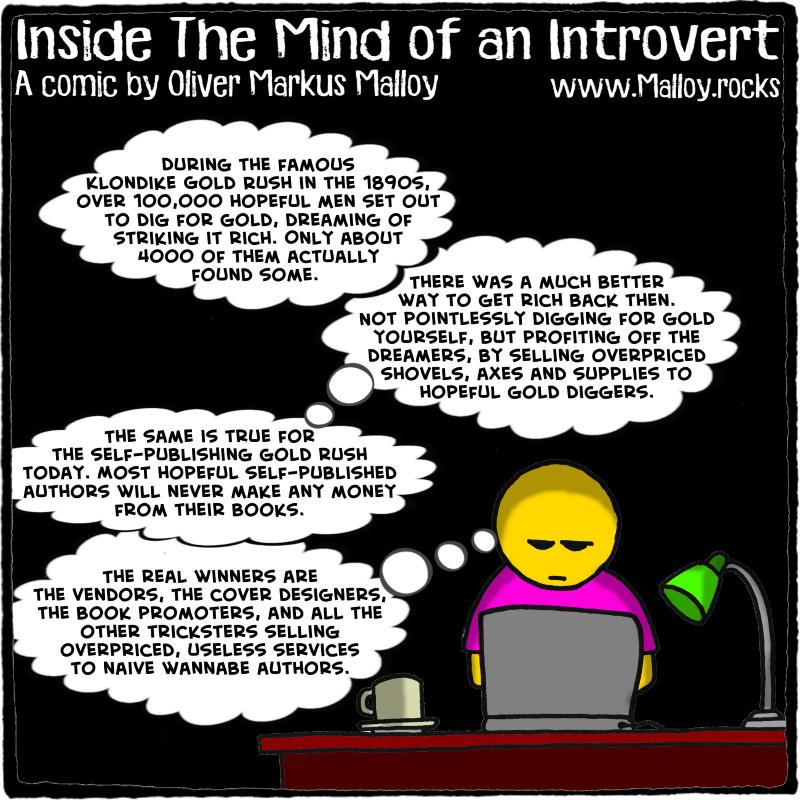 "99% of titles printed will never sell enough copies to recover all the costs associated with creating and publishing them."
-Forbes

Forget everything you think you know about writing and self-publishing. Chances are, it's complete bullshit.

Nowadays there are literally hundreds of thousands of people who dream of being a professional writer. And thanks to self-publishing and print-on-demand, there's nothing stopping you or anyone else from publishing whatever you want.

Even if it's complete crap.

The result? Every year, millions of shitty books get self-published. Books that should have never been published in the first place, because they are so bad, nobody wants to read them.

While you're reading this little book, one of two things is likely gonna happen: Either you totally hate this book, because you feel what I'm saying is stepping on your toes and you may feel personally attacked. Or you wholeheartedly agree with this book, because you're one of the few good indie authors who actually have talent.

But even if you hate every word I say, you probably should take the time to read this book anyway, because you'll learn a few very important things.

I promise to keep it short.


You're Not The Seller. You're The Buyer.

I live in Los Angeles. LA is full of wannabe actors. Hundreds of thousands of people move here because they dream of one day becoming the next world famous movie star.

But out of those hundreds of thousands of people, only a tiny handful actually make it. How many superstars can you think of? Maybe a dozen?

And then there are second tier actors. They're not super famous, but you see their face pop up in a movie or TV show every now and then. Even though they're not stars, at least they make a living doing what they love.

How many second tier actors can you think of? Let's be generous and say about a hundred.

So a couple of hundred people were lucky enough to make it as actors in Hollywood. The rest of the hundreds of thousands of wannabe actors are still waiting tables at a restaurant, hoping for the big break that will never come.

Meanwhile they waste money on acting classes, headshots, a spiffy wardrobe, rent in one of the most expensive cities in the world, etc.

Most wannabe actors don't actually make any money acting. They spend money on trying to break into acting. There's a whole "support" industry making money off of these poor dreamers.

The same is happening in the self-publishing industry.

99% of self-published indie authors make no money from their books. They spend hundreds or even thousands of dollars, hoping that it will pay off some day, when they finally get discovered as the next superstar author.

Nowadays you constantly see ads for services you supposedly need if you want to make it as a writer.

Random folks claim to be professional book editors, and offer to "edit" your book for a couple of hundred bucks, even though they have no degree, no training, no experience, no qualifications, and no business editing anything.

They have never contributed to any book that was even remotely successful. They have never worked as an editor at a real publishing company. Most of these so-called editors are failed wannabe writers themselves, who have given up on their own dream of one day becoming the next Stephen King or J.K. Rowling.

Sadly a lot of wannabe writers fall for this bullshit and end up spending a ton of money on something that they believe will make their book look professional, but in reality doesn't get them one inch closer to making it as a writer. You might as well flush that money down the toilet.

Then there are book cover designers who claim you need to have an exclusive cover for your book, with a picture taken by a professional photographer. With a professional model.

Just like those so-called editors, most of these so-called cover designers are just failed wannabe writers themselves, who're trying to make a few bucks on the side, because their own books aren't selling. What does that tell you about their cover design skills?

Some failed wannabe writers call themselves personal assistants. They fail to sell their own books and now offer to do the same for your book. Weee! Who could say no to that?

And wannabe writers love to "hire" these unqualified personal assistants for a few bucks, because they think it sounds cool when they can say they have an assistant. It makes them feel like they're real writers: "Have your people call my people."

I have seen so many atrociously bad book covers that were supposedly made by "professional" designers, that look like some kid with a meme maker slapped it together, and then charged the gullible wannabe writer hundreds of dollars for it.

Same thing with the "professional models." Most of them are just folks who think they look good on Instagram. And a lot of these self-proclaimed "professional photographers" have no more qualifications to take pictures than you or I do.

The truth is, you don't need a photographer or a model. You can just download one of millions of pictures from stock photo websites, for about $20 or so. Sure, there's a small chance that some other wannabe writer might pick exactly the same picture you picked, and now your books have the same image on the cover. But it doesn't even matter. Most people will never see either one of these two books, never mind both. Virtually no one will ever even notice that two unknown books share the same image.

It's not like both books are on the New York Times Bestseller list at the same time. The reality is, your self-published book will most likely disappear among millions of other books, and never be seen by anyone, unless you personally send them a link to your book.

If you're a fan of romance novels, you've probably noticed that most of their covers look the same. There are thousands of shitty self-published books with a shirtless guy on the cover.

Why? Because the wannabe writers and the wannabe cover designers think by emulating other books, it'll make their own crappy self-published book look legit: "My book looks just like a real book!"

That is exactly the wrong thing to do, if you want anyone to buy your book. No one has ever stood out by being a conformist. If you want people to notice your book, make it look different than all other books. Make it look unique.

I know, easier said than done. But that's the whole point: Self-publishing is not nearly as easy as people think it is. Sure, you can upload some crappy manuscript online and slap some run-of-the-mill cover on it. But that doesn't mean anyone wants to read it.

Chances are you will be the only one buying your own book.

The large companies that offer self-publishing services don't care whether you buy a copy of Dracula, a copy of Frankenstein, and a copy of Fifty Shades of Grey – or if you buy three "proof copies" of your own book. They still sold you three books.

Basically the self-publishing industry's business model is based on selling you your own book. You're giving them money so that you can feel like a writer.

Some people feel that cheap immigrant labor is bringing down wages, which makes it impossible for Americans to earn a living. A lot of real writers feel the same way about the influx of millions of wannabe writers into their profession.

In the past, ten authors made a million bucks each. Now a million authors make ten bucks each. Is that better? No. That's not helping anyone. Your vanity is making it harder for real writers to feed their families. 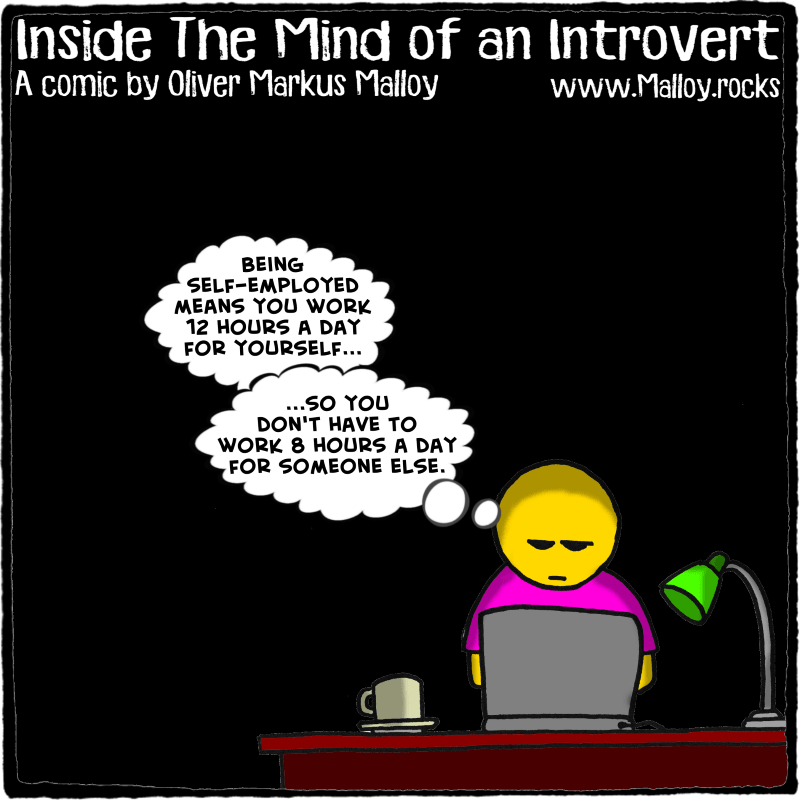 >>> Why Nobody Wants To Read Your Book