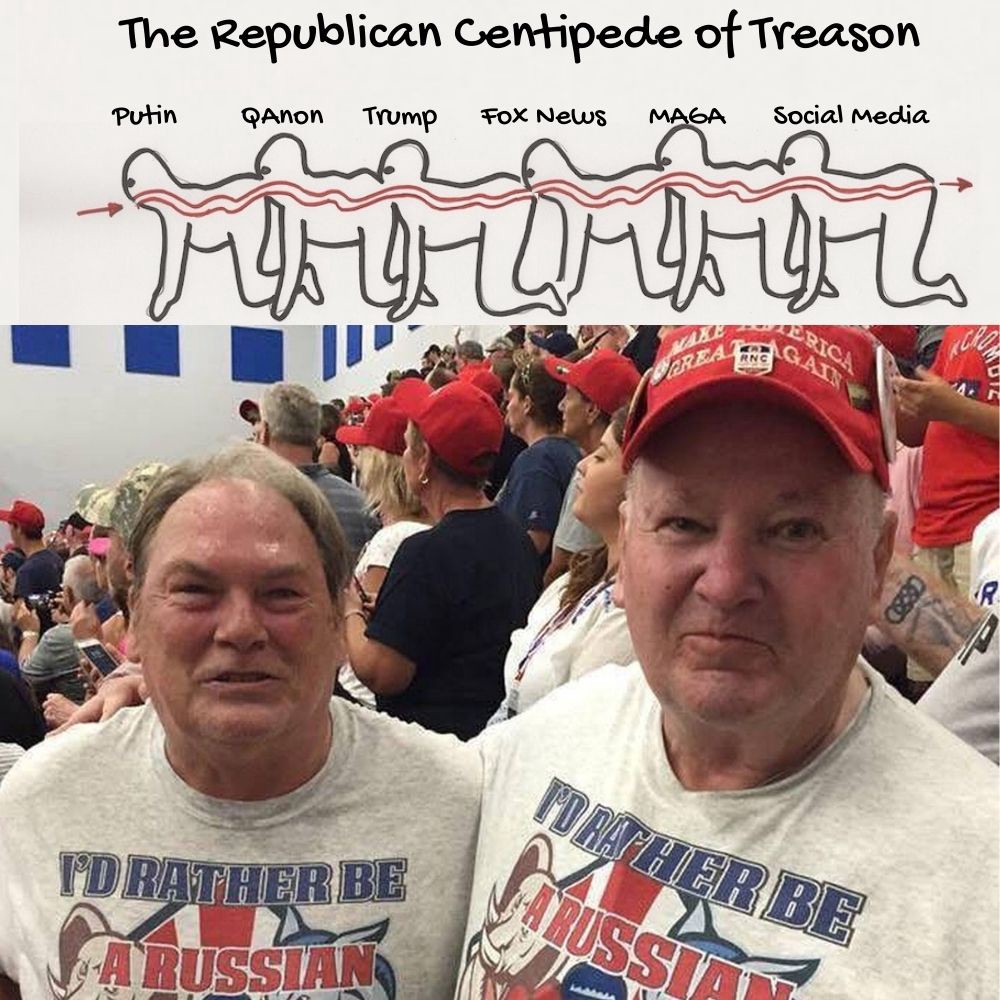 They attack Biden, and anyone who supports him, with lies and disinformation to poison public opinion against Biden and lower his support.

Russian trolls and MAGA trolls pretend to be American lefties, so that their attacks on Biden won't be instantly dismissed.

They know that attacks on Biden coming from obvious Trump supporters will be instantly ignored and ridiculed.

But despite their best efforts to disguise themselves, Russian trolls pretending to be American lefties are easy to spot:

Both use the word “liberal” as a slur against anyone who opposes Trump.

They attack Biden and liberals 24/7, but you never see them attack Republicans or Trump.

In fact, these Russian trolls pretending to be American lefties will attack you if you’re against Trump. They immediately change the topic with whataboutism, to attack Biden.

If you mention that Bernie supports Biden, Russian trolls pretending to be American lefties will attack Bernie.


There are literally thousands of Russian trolls on US social media. And they’re highly motivated to argue with you, because that’s what they get paid for.


Russian spam accounts are still a big problem for Reddit: At least 89 subs have been targeted by Russian propaganda. -Engadget


Their tactic is not only to demotivate you by telling you not to support Biden.

They’re also instructed to waste as much of your time and energy as possible.

They want you to waste all your energy on trying to change a Russian troll’s mind. Of course that will never happen, because they get paid to disagree with you.

It doesn’t matter how obviously right you are, or how obvious their lies are. They will gaslight you and argue with you for hours, to exhaust and frustrate you.

The idea is that it will deplete your will to resist.

Eventually you’ll just give up.

And the next time a Russian troll or a MAGA troll posts lies about Biden, you won’t have the energy to fight back.

After wasting days of your life pointlessly arguing with Russian trolls, you probably won’t bother to argue when you run across an actual American, who could possibly be convinced with good arguments.

Don’t be fooled by Russian trolls masquerading as American lefties. 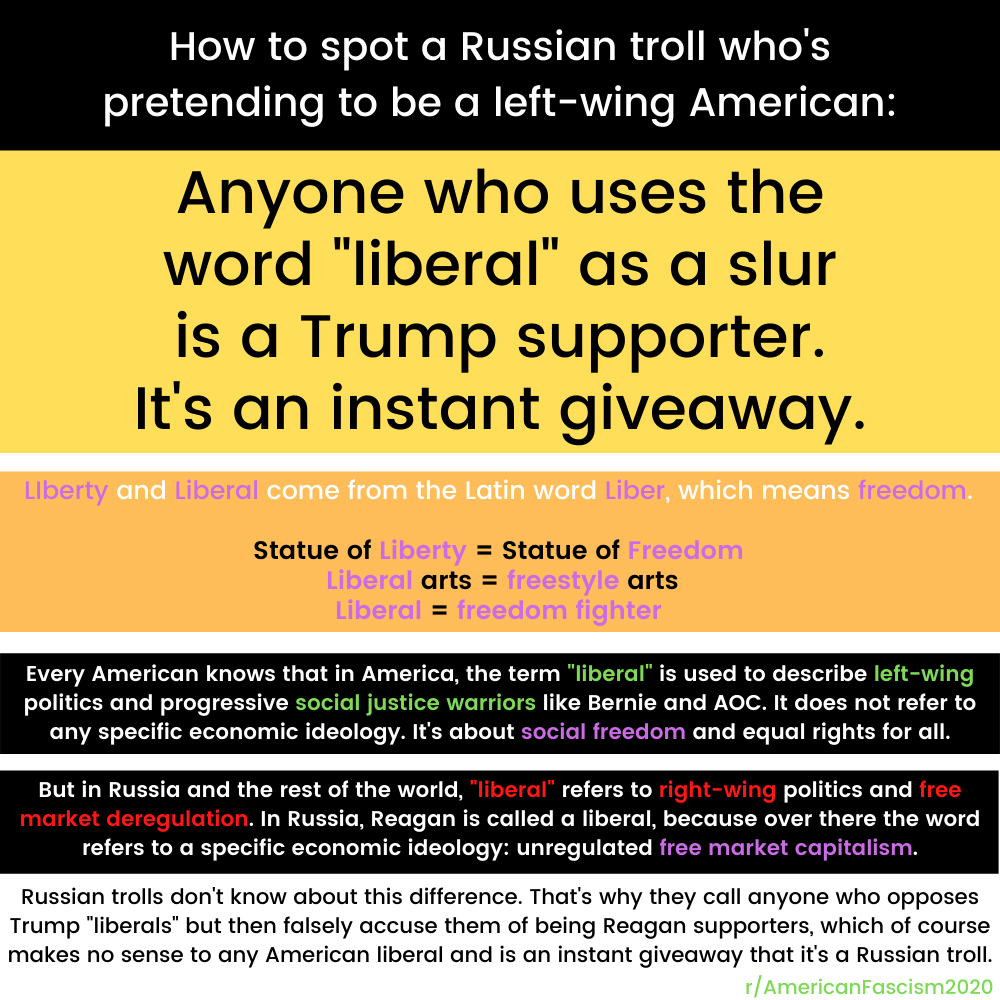 1) favorable to progress or reform, as in political or religious affairs.

3) of, pertaining to, based on, or advocating liberalism, especially the freedom of the individual and governmental guarantees of individual rights and liberties.

4) favorable to or in accord with concepts of maximum individual freedom possible, especially as guaranteed by law and secured by governmental protection of civil liberties.


Fascists use lies as a weapon.

But every real American leftie knows that "liberal" means freedom fighter, and that we fight for civil liberties and freedom for all, against fascist tyranny.

That's why all fascists hate liberals, and use the word liberal as a slur against anyone who opposes fascists like Trump.